The OP3FT is administered by a Board of Directors composed of three to nine members. All members of the Board of Directors are natural persons, carrying out their duties in a personal capacity and without receiving a financial counterpart. Directors act in an independent and neutral manner with respect to special interests, including those of legal entities in which they might hold a position, whilst respecting the founding principles defined in the OP3FT Bylaws.

The OP3FT Board of Directors currently has four members. 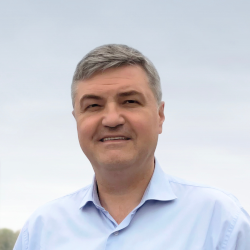 Amaury started his professional career in 1994 as a project director with the Accor Group, where he held a number of positions in the Training and Communications Departments. In 1996, he started working for the City Hall of Paris, reporting to the Deputy Mayor in charge of International Relations.

An engineer by training (Télécom ParisTech), Alexis started his professional career in 1993 by setting up a company specialized in new technologies. This led him to work with clients such as Orange (France Telecom), Philips, Thomson, Renault, Euronext, and the European Commission. 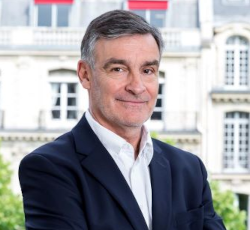 Alain Martel, aged 60, brings to the Board of Directors his expertise and experience in corporate governance.

Alain started his professional career in 1987 as Training and Personnel Director with the Groupe E&B. He then joined MATIF SA as Head of the MATIF Training Division, before moving to the Paris stock exchange operator, where he worked as Marketing Senior Manager up to 2001. From 2001 to 2008, Alain was Head of Issuer Relationships for Euronext NV - NYSE Euronext. In 2008, he joined IFA, the French Institute of Directors, whose mission is to provide directors with information, training and expertise, in order to help them meet their governance obligations. Alain served as the IFA Secretary General.

Alain is currently an independent consultant. He helps businesses assess and strengthen their corporate governance and also helps directors apply a more professional approach when carrying out their duties. 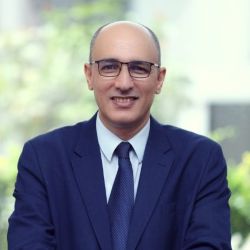 Khaled Koubaa, aged 46, brings to the Board of Directors his international experience in Internet governance.

Khaled is the Founder and President of the Arab World Internet Institute. He is currently a member of the Board of Directors of ICANN (Internet Corporation for Assigned Names and Numbers). Previously, Khaled worked as Head of Government Relations and Public Policy MENA at Google.

Earlier in his professional career, Khaled worked as an independent consultant for the non-profit and government sectors in the Middle East Africa region, promoting best practices in the use of information technology and providing strategic advice regarding how to choose and use the Internet and new media technologies.